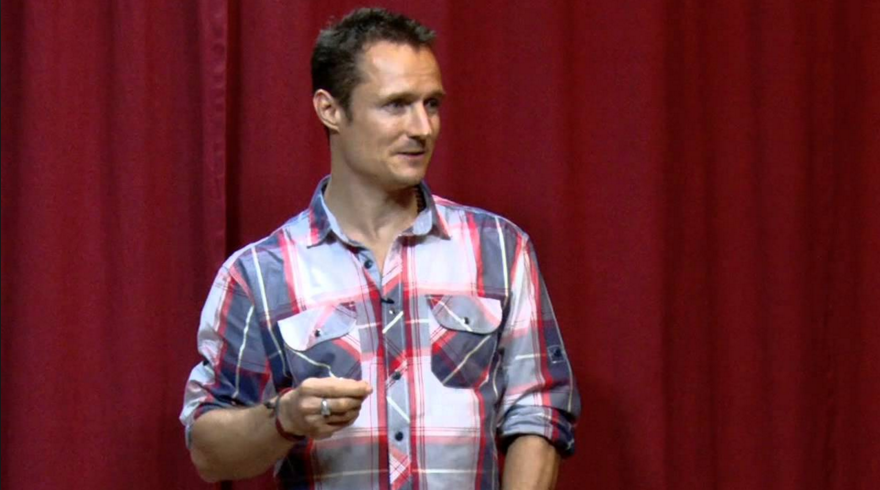 Namaste! I have what many would say is a yogic view of life. All of the yogis that I’ve met would agree that there is just One Absolute Truth. But Truth, and what that means, is an issue that many great philosophers have wrestled with over time.

Mystic Seema Dewan said, “The truth never changes. It always remains the same. Truth is brave, it knows no fear. Truth is simple, it seeks no complications. Truth is direct, it feels no pain.” Roman Emperor Marcus Aurelius (161-180CE) said, “Everything we hear is an opinion, not a fact. Everything we see is a perspective, not the truth”

So, what then IS truth? Truth is spoken about often, but labelled with many different and often conflicting words and phrases. For example, is it true that the earth is flat or round? Have you actually ever seen for yourself, or do you just believe what you are told?

As recorded in the Mahavakyas (great contemplations) of Vedanta, there is only One Absolute Truth and it is ultimately nameless, formless and attribute-less.

Philosophy allows us to play with words and explore the deeper meanings of what we bump up against in life, but perhaps we are all trying to explain the inexplicable when it comes to Absolute Truth. If you think about it logically, there can only be One Absolute Truth ~ how could there be two?

Most people, however, have a philosophy that they live by, or an innate belief in one thing or another. Some people are so convinced that their philosophy is the Absolute Truth that they have fought dangerous wars in defense of their beliefs.

Many of us, have little battles often… in the kitchen, the bedroom or perhaps even at work in defense of the beliefs that we hold to be true.

But none of us have experienced the whole or everything, which means all we can ever know is a truth that is relative to our own limited experience ~ a Relative Truth.

So here’s my question: If Relative Truth is based on our own limited understanding at any given point in time, and Absolute Truth is ultimately nameless, formless and attribute-less, why then do we take life all so seriously?

Let’s explore an example. Two small words ~ “get stuffed” ~ can hold the potential to ruin a person’s whole day. It is the meaning that a person may attach to these words ~ Relative Truth ~ that can cause them to label them “rude” or “hurtful” and react negatively.

A scientist, however, might label the exact same sounds to be just a collection of vibrating molecules including oxygen, carbon dioxide, and other gases, with no emotional analysis or reaction.

The meaning we attach to life’s happenings can be tremendous, but we have done so from our position of Relative Truth.

Could it be, that letting go of what we think we know as truth, may render our little battles redundant? When we feel any dis-ease arise in our mind or body, remembering that there are many Relative Truths can help to create a state of equanimity within.

To maintain an unruffled mind,
no longer tossed around on highs and lows
but rather equanimous in every way at all times,
we need to let go of our attachment to what we think is truth
and rather stay in the moment, the only truth.

By understanding that there can be only One Absolute Truth (nameless, formless and attribute-less) we can work with our chosen beliefs (a Relative Truth), but no longer feel the need to defend them as Absolute Truth or attack others for theirs.

I, and many of my students, have weeded out oodles of mental crud by practicing yogic philosophy (a Relative Truth) without getting attached to it as being the Absolute Truth.

Thoughts and words imply limited perspective, and Absolute Truth is beyond knowing, beyond understanding. The big question is, can you handle NOT knowing what the One Absolute Truth is? Explore this question further here.

So lets be a joyful bunch and not waist a moment on want nor worry, attack nor defense in the name of our Relative Truths. Let’s live a life of love and peace, in the name of Absolute Truth, that which is nameless, formless and attribute-less.